EGR Coolers - New to the aftermarket

EGR Coolers - New to the aftermarket

An EGR cooler is a metal device that employs thin passages and fins to cool the exhaust gases. They function in much the same way as a radiator functions, by using the cool air passing through the fins to cool the exhaust gases as they flow through the cooler. If an EGR cooler fails, it can cause problems with the functionality of the EGR system. This can lead to performance issues and can also cause serious engine damage if the issue is not dealt with.

Many late model diesel engines are known to have issues with OE manufactured EGR coolers failing prematurely. This is due to a flaw in the original design. Goss have redesigned and developed a new process in manufacturing to produce a product less prone to cracking or leakage.

Firstly the internal tubes are now manufactured from stainless steel for longevity. The tubes are then TIG welded to laser cut plates isolating the Coolant from the exhaust. This new design cools the exhaust gases more efficiently. This also helps prevent a build-up of carbon that would usually diminish the effectiveness of the system.

Features and benefits of the Goss EGR Coolers include: 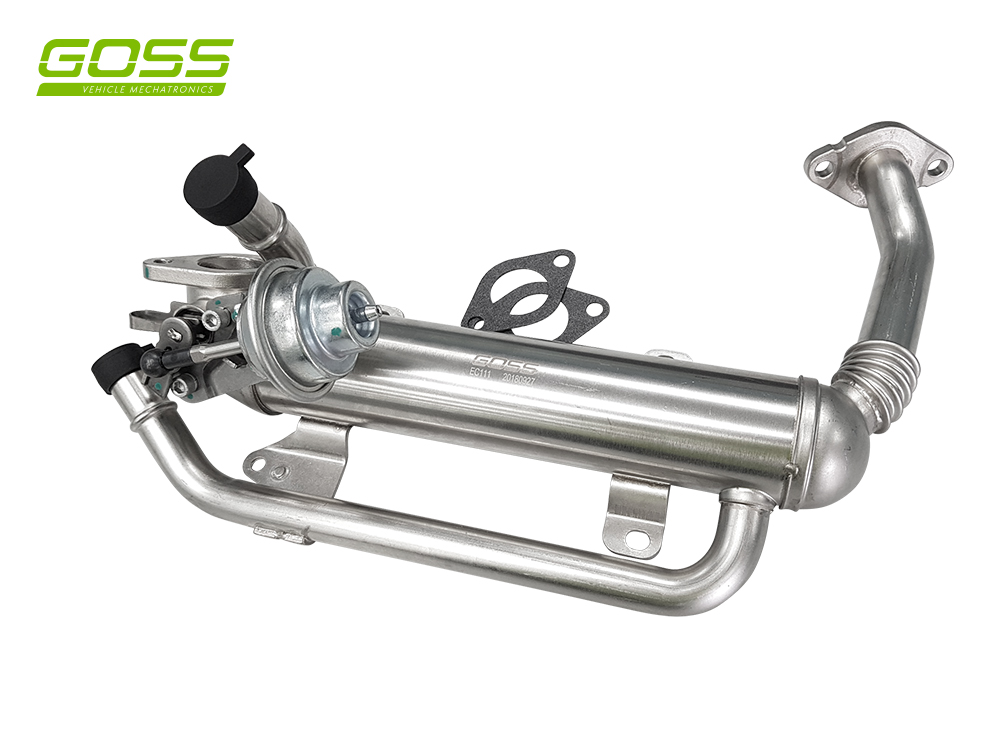