Goss has seen an increasing number of OE Nissan YD25DDTI EGR Cooler failures. This has prompted our engineers to investigate the cause of this issue and develop a solution to manufacture a high quality aftermarket EGR cooler and reduce the risk of failure.

The EGR Cooler can help reduce the temperature down to 200 degrees Celsius by transferring the heat via the engine’s cooling system. This can also cause issues if the EGR cooler splits or corrodes as seen with this engine, the Nissan YD25.

The EGR coolers tend to split or corrode around the flanged areas each side of the cooling core and can also leak internally. In most cases the coolant evaporates without any signs of leakage. Once pressure tested, Mechanics have noticed a drop in the radiator coolant level and upon start-up also notice steam exiting via the exhaust system. This is due to the engine coolant being drawn through the engine.

Goss have re-engineered the EGR cooler and developed a new manufacturing process to produce a product which is less prone to cracking or leakage. Internal tubes are manufactured from stainless steel for longevity and are TIG welded to laser cut plates isolating the coolant from the exhaust. This new design cools the exhaust gases more efficiently than the original design. This also helps to prevent a build-up of carbon that would usually diminish the effectiveness of the system. Additional collars have also been added to the flanged areas on the Nissan YD25 EGR cooler to help reduce the risk of external leaks.

These units are also supplied with fitment gaskets and brackets. 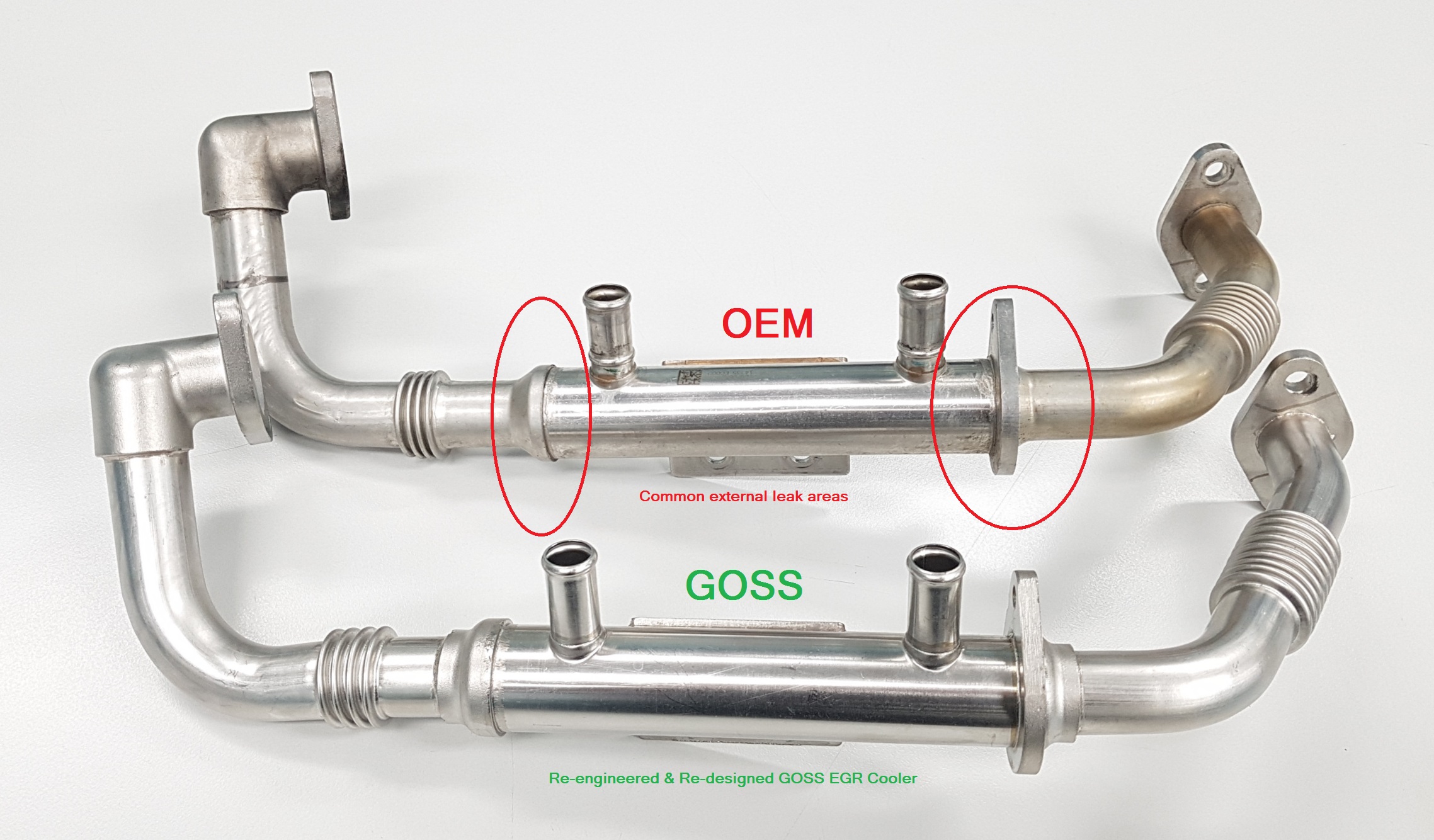